On 9th September 2020, a meeting of the BECOOL and BIOVALUE partners involved in the experimental thermochemical activities was held to collect updates on the recent progresses and to align the upcoming work of both projects.

In 2020, the experimental processing activities of BECOOL focused on the pyrolysis and the gasification of lignocellulosic feedstock available in the EU and in Brazil. Despite the Covid-19 situation, the tests were been performed on schedule as planned. In Italy, RE-CORD performed tests of oxydative slow pyrolysis, applying fractional condensation of the pyrolysis vapors to separate water from the organic-rich phase of the bio-oil. Eucalyptus wood was used as feedstock. In addition, an intermediate pyrolysis plant has been adapted to process herbaceous lignocellulosic biomass, in particular sugarcane bagasse.

In the Netherlands, TNO conducted additional gasification tests with bagasse as feedstock in the MILENA reactor, while BTG continued the gasification tests of FPBO obtained from different lignocellulosic feedstocks. In Finland, VTT is working on the Aspen modelling of biomass gasification plants, in order to define economically viable plants to gasify both biomass, FPBO and slurry produced from pyrolysis products. The aim is to integrate the best results in the value chains modelling at industrial scale, based on both European and Brazilian biomass feedstocks.

In parallel, partners in the Brazilian BIOVALUE project performed a thorough analytical characterization of sugarcane bagasse, sugarcane straw, woody residues of pine and of eucalyptus and energy cane. After the joint meeting held in December 2019, there was an alignment of the procedure of work and of the analytical methods adopted within both projects. In addition, BIOVALUE partners focused on the design of new plant and in the modelling of lignocellulosic biomass value chains.

In the next months, the two projects will extend their cooperation to share the experimental results of the selected conversion processes as well as the developed models. Further tests of pyrolysis and gasification of bagasse, eucalyptus and lignin, as well as the harmonization of the multitude of analytical data available from the different labs involved both in BECOOL and in BIOVALUE, are expected soon. 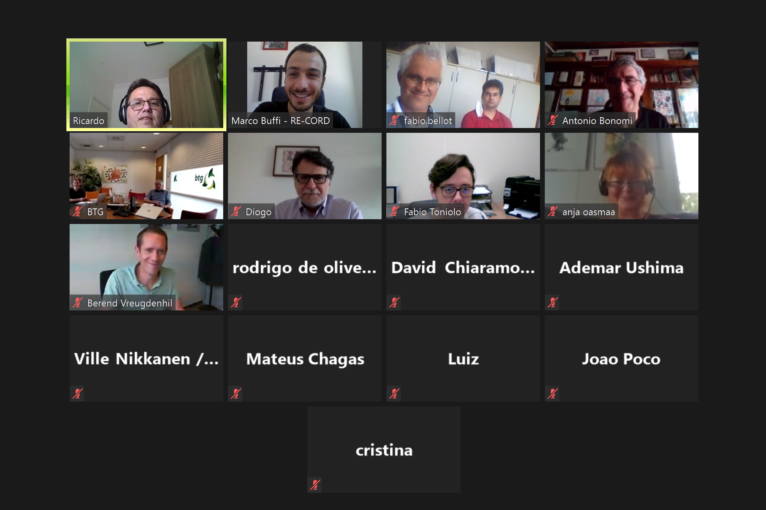