The sequential cultivation of food crops and lignocellulosic crops can increase the beneficial effects of rotations on soil fertility, without reducing the land available for food production.

Annual lignocellulosic crops can be introduced in multiannual rotations alongside conventional food crops and grown as summer cover crops, thus increasing the period of utilization per unit of land. 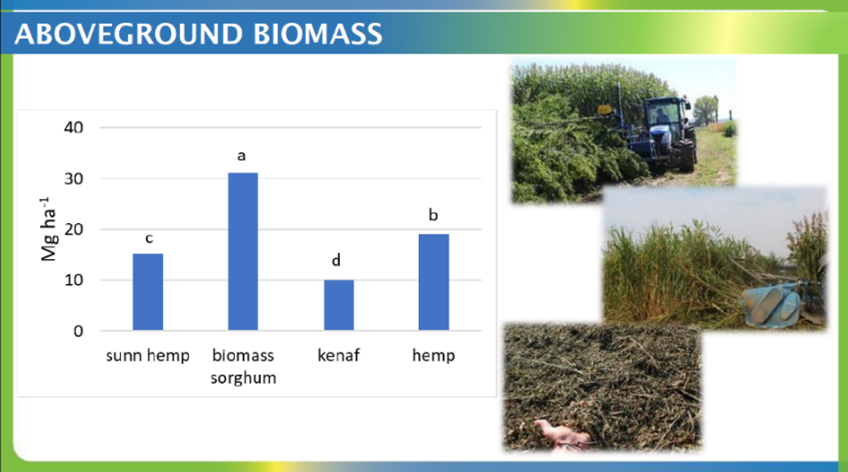 This paper by Andrea Parenti, Walter Zegada-Lizarazu et. al. from the University of Bologna, describes the preliminary assessment of the effect of four lignocellulosic crops (Sunn hemp, fiber sorghum, kenaf and hemp) on a subsequent cereal crop.

The lignocellulosic crops were tested within conventional sequential maize – wheat rotations, which were established in 2018 at the experimental farm of the University of Bologna. Biomass sorghum, hemp, sunn hemp and kenaf where sown between April and May and harvested between the months of August and September the same year, obtaining yields of 31, 19, 15 and 10 tons/ha (dry matter) respectively. The plots were then prepared for the following winter crop (wheat), whose grain yields were unaffected by the precedent crops. Interestingly, the rotation of Sunn hemp and wheat obtained high biomass yields with the least use of nitrogen fertilizers than the other rotations, as sunn hemp is a nitrogen-fixating legume species.