Brazil is a major sugarcane producer and its production more than doubled over the last decades. With the progressive shift from a burned to a non-burned harvest system, most of the straw presently retained on the soil surface, has become an economically viable residual feedstock for bioenergy production.

Large-scale bioenergy demand has triggered new approaches to the field management of sugarcane straw management, as a promising feedstock for bioelectricity and for cellulosic ethanol in Brazil.

However, the recovery and use of sugarcane straw is still limited due to logistical constraints related to harvesting. In December 2019 on the occasion of the first BECOOL-BIOVALUE joint meeting, researchers from Italian CREA-IT had the opportunity to visit sugarcane plantations in the North of Brazil together with BIOVALUE partners from LNBR (Brazilian Biorenewables National Laboratory). The mission aimed at studying the existing value chain of sugarcane straw harvesting and to improve it by reducing the ash content of straw bales, used to produce bioenergy (both power and ethanol). Following the mission, two innovative solutions were considered, which were described in a paper by Luigi Pari et al.

The solution is the replacement of the traditional windrowers used to gather the straw with innovative belt windrowers.

The second solution is the baling of the straw biomass directly from the harvesting machine, directing one fan of the cleaning system into the baler that follows the harvesting machine. The two proposed harvesting systems can tackle the problem, providing a solution at the present bottlenecks. Although further studies and field tests will be needed to confirm these solutions, the outcomes of this work represent a solid base to build an international scientific cooperation, leveraging on the synergies and the complementarities between BECOOL and BIOVALUE for the development of advanced lignocellulosic biofuels. 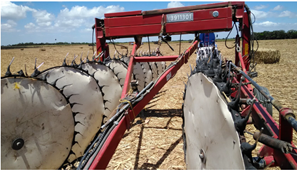 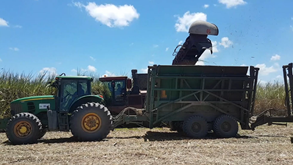